What is AWA Cable

Aluminum Wire Armour, commonly abbreviated as AWA, is often used in internal, external and underground projects.
AWA cable is used in single-core cable. When the electric current goes through the cord, a magnetic field is produced in the steel armour. This can possibly cause overheating in the AC system, which means a disaster in the worst case. Since aluminum is non-magnetic, the AWA cable non-magnetic aluminum armour can avoid this kind of electric fault.
AWA cable covers the voltage of 1.1KV XLPE cable, 11kV XLPE cable, and 33kv XLPE cable. Usually, AWA cable is found in underground systems and frameworks, power networks and cable ducting, outdoor and indoor installations, power control systems.

AWA cable is often used for external use such as direct burial, outdoors or underground, which is likely to cause damage to the low voltage power cables. The construction of AWA cable provides additional mechanical protection to the SWA cable itself. The armour can reduce the risk of the cable getting torn or pinched. Meanwhile, the aluminum is used to protect the AWA cable from overheating in the AC system.

Our main AWA Cable include:


What is the difference between AWA Cable and SWA Cable?

Aluminium Wire Armour (AWA) is used in single core cable because it is non-magnetic. When an electric current passes through a cable it produces a magnetic field (the higher the voltage the bigger the field). The magnetic field will induce an electric current in steel armour (eddy currents), which can cause overheating in AC systems. The non-magnetic aluminium armour prevents this from happening.
Steel Wire Armour (SWA) is particularly useful in external or underground projects. As well as providing effective mechanical protection, the armour enables it to withstand higher pulling loads. SWA Cable is commonly used across a whole range of industries including building and construction, and rail and transport. The armoured mains cable is also supplied for transmission, distribution and power networks as well as automation and process control systems.

Huadong Cable Group as a AWA Cable factory in China, We not only have over 30 years of production experience and 15 years of export experience in AWA Cable, but also we have 15 senior engineers, they can free design the Aluminum Wire Armoured Cable size according to client’s requirement.
Our AWA Cable export such as South Africa, Philippines, Indonesia, Malaysia, Singapore, Vietnam, Korea, Mongolia, Yemen, Cambodia, Thailand, Kenya, Tanzania, UAE, Botswana,Nigeria, Panama, Iran etc.High quality service and production are the first choice of many customers.


For the best AWA Cable price， Please feel free to leave your requirement, We will reply you in 12 hours. 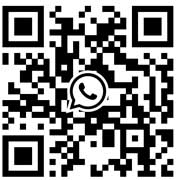